The countdown to the launch of Apple’s iPhone 11 is well and truly underway, so we thought you might like a handy place to catch up on all of the latest leaks, news, rumors, and details ahead of the new model’s reveal later this year.

Between now and the launch, which looks likely to be sometime in September or October, we’ll be continuously updating this page with all the latest information.

Apple keeps its cards close to its chest with new products, however, so it’s worth keeping in mind that a lot of what you’ll see here will be based on leaks and rumors, and not always from official channels. That said, there are plenty of reliable and authoritative sources that get things right on a consistent basis. Check out what we know so far about the Apple iPhone 11 below.

The Apple iPhone 11’s release date has yet to be revealed, but you can expect it to drop sometime in September or early October. This would be in line with earlier iPhone models.

If we were forced to speculate about a specific launch date, September 17 or September 18 looks the most likely. Apple usually unveils its big products on a Wednesday or Thursday, and Europe’s biggest tech show, IFA 2019 in Berlin, is taking place on September 6-11 this year. It seems unlikely that Apple would want to launch its new iPhone in the same week.

Preorders tend to become available on the Friday of the announcement (that would be September 19, if our guess is right), with an in-store launch the following week.

The design of the Apple iPhone 11 is the subject of much speculation right now. We’re yet to see any leaked designs, but Indian magazine Digit reported that the phone will have an all-glass black back panel with the Apple logo right in the center.

That doesn’t sound like too much of a departure from prior models, but here’s where things get a little more interesting: the magazine also reported that the iPhone 11 will feature a triple-camera setup housed in a square “notch” unit, transforming the look of the entire phone. Check out what that might look like in Digit’s video above.

It goes without saying that a triple-lens iPhone like the one shown above would bring with it significant advancements in the phone’s camera capabilities, so you can expect your pictures to look better on the new model. Aside from the camera, there isn’t too much information about what the phone’s other specification improvements might be.

In November 2018, it was reported that Apple is prepping its future iPhones for 5G, the next generation of cellular networking, promising greater coverage and faster download speeds. But that is more likely to be a feature on the 2020 iPhone rather than the iPhone 11.

There have also been rumors that smaller features such as faster Wi-Fi support, improved Face ID performance and reliability, and USB-C support could be included, although they’re unlikely to be major selling points when the phone is finally unveiled.

Again, we have no firm details as yet, but the Apple iPhone 11 price will likely start at around $999. This is in line with the iPhone XS and iPhone X before it. It would be surprising if the company decided to up the price tag, given it isn’t selling as many iPhones as it had forecasted. There is even speculation Apple might offer a slightly cheaper model this time out.

While we await the release of the iPhone 11, catch up on all the latest Apple news here. 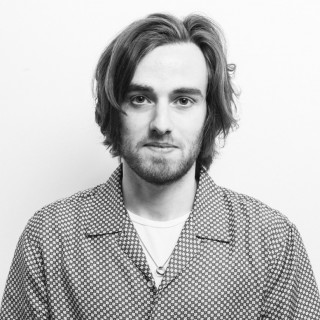 Daniel is the editor of Highsnobiety Life. He grew up in north of England and is now based in Berlin.

McLaren Shares Their Vision of the Future of Grand Prix