Rose jumped on Instagram heading into the weekend and announced the massive turnout her casting call sparked.

A few days ago, Amber made headlines after announcing her new stripclub venture and casting call.

“Hey girls, it’s Muva. Just want to let you guys know that I’m doing a casting call tomorrow in Hollywood. The address is below in the caption and it’s from 12 to 5 and it’s for waitresses and bartenders for the new Ace of Diamonds strip club. I’ve partnered up with the original creator of Ace of Diamonds and now we’re moving to Hollywood. I just wanted to give you girls an opportunity to not only work for a woman but it’s no secret I was a stripper for a very long time and had the time of my life. So let Muva show you how to get that bag and who better to work for than the most famous stripper in the world?” 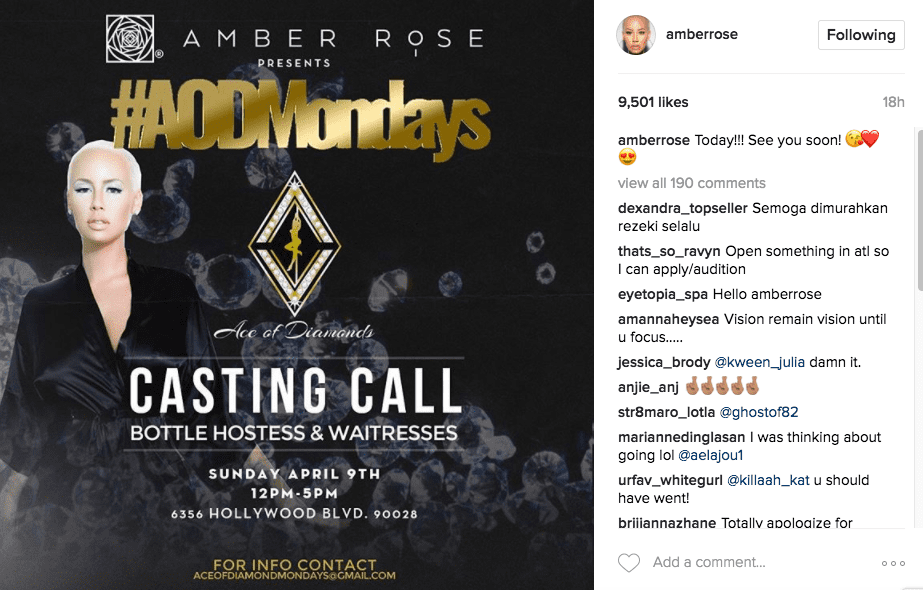