For our current issue of SNEAKERS, we talk to some of the sneaker industry’s leading tastemakers: As an online exclusive, here’s our full-length interview with Deon Point, General Manager at sneaker culture stalwarths CONCEPTS in Boston, Massachusetts.

Started in 1996 on Harvard Square in Cambridge with a focus on skateboarding, snowboarding and sneakers, the Concepts store set out to do more for brands than merely peddle products. “Initially, it started as a ‘concept’ that with the help of brands such as Clarks, Burton, Zoo York, and others became one of the first shop-in-shops ever. That model has since gone on to become the norm but in 1996 it took a lot of convincing,” said general manager Deon Point, who joined Concepts as a part-timer in 2000.

Back then, skate and sneaker culture were still hardcore communities and not everyone setting foot in the store received a warm welcome. “Once you became a regular they treated you as family. I miss those days. Sneakers then didn’t follow release dates or were dictated by hype the way they are now,” said Deon, who joined Concepts full-time in 2005 as store manager and has since become a co-owner with Tarek Hassan.

The hype has reached new heights over the past 20 years. But ever since the pre-digital days, Concepts single-handedly created its own narrative format by spinning tales beyond the mere co-branding of products: By creating elaborate box art, store layouts and custom luxury cases – like the Concepts x Asics Gel-Respector money stack – Concepts elevated sneaker storytelling.

For its current 20th anniversary, Concepts continues to go against the grain by scaling back where others would most likely go overboard on “anniversary collabs”. In search of the reason, we talk to Deon Point, currently the buyer, designer, general manager and head storyteller at Concepts.

Concepts is a very carefully curated store in all product departments. How do you select brands that are a good “fit”?

We have always had a confidence in resurrecting brands or even introducing new ones. We are looking for brands with substance. Concepts is unique in that we look to push the envelope from collabs to our brand matrix. We are eager to try new things and at the same time weary of chasing trends. Oftentimes the blogs, social media, and consumers dictate what’s expected and that just has never been our approach.

Today, you cover a broad spectrum, all the way to Birkenstock and designer brands such as Gucci. How has that formula evolved?

I think once we reach a point where others start emulating, we look towards alternative options. Brand-wise, when we set out to get Gucci we were a bit overzealous. I think they shut me down about four times [laughs]. Eventually, they aligned with our vision. Now it’s the norm within the big box department stores to showcase sneaker brands alongside designer brands. Gradually, you will see us pull away from that as we begin to envision what’s the next steps for us. Birkenstock, Red Wing, Clarks, are all brands we consider classic and will continue to support. 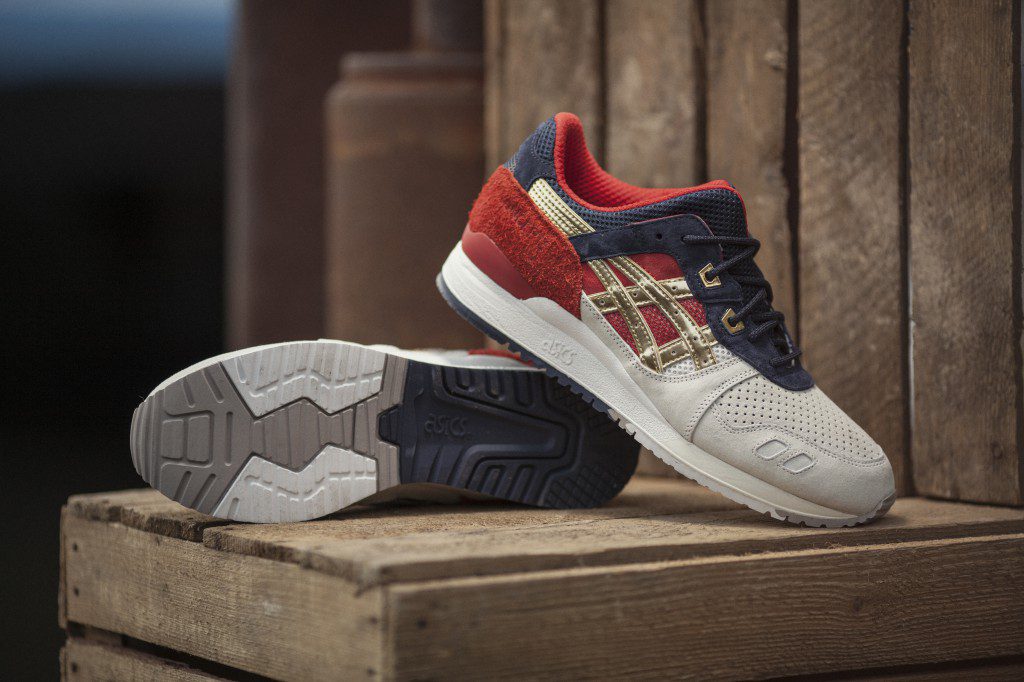 And once you’ve made your decision, how do you approach collaborations with brands?

It all depends on the brand. Oftentimes we are approached first or the relationship has been ongoing. In the event when we do reach out its usually to pay homage to a brand we feel as though has yet to develop a relationship with our younger consumers.

Looking at it from the other side, do you think the way brands approach collab projects changed over the last years?

To be honest, it’s gotten repetitive over time. There’s very little rhyme or reason to the majority of projects these days. I couldn’t pinpoint exactly what went awry, but too much at once from multiple brands coupled with the sheer amount of product in the marketplace is a good starting point. As a brand that prides itself on execution with a purpose, it’s frustrating to see brands and retailers fall short of communicating to the consumer. Social media plays a major role expediting the process but they can only be responsible for so much. They are providing content not manufacturing it.

On that note, what is your take on creating “the full package” around drops with boxes and extra layers of storytelling such as in-store decorations?

It’s similar to the way we evolved with luxury brands to separate ourselves from our competitors. We loved the idea of telling a complete story. Within the legal boundaries of most of our shoe projects ,we were forced to become creative without risking the partnership involved. Packaging became the next phase in getting the point across. We took it a step further and started creating our own boxes for every collaboration to stand out within collections. Once we started seeing other retailers follow suit we knew we had to take it a step further. The idea to create a space immersed in the storyline behind the inspiration was not only the next phase for us but also helped us to engage the consumer.

Has your approach and philosophy changed over the years now that sneaker culture is such a big phenomenon and market?

I never would have imagined sneakers as a whole even referred to as a “culture” [laughs]. It has become universal. Now it’s a multi-billion dollar industry, not to mention the resale market. Still, in all here we are on top of the world. That said, I see it panning out soon. It will continue to stay level but seems to have peaked at the moment. This statement isn’t based on DTC and mass production but more so on the energy.

Making things worse, it seems like the entire online universe – HypeBeast and sneaker blogs – can be somewhat of an echo chamber. How do you keep it fresh?

For us it’s more so not feeding into that mindset. Paying attention to what’s happening around us is a valuable tool in terms of our brand matrix, however in regards to our creativity it’s stifling. 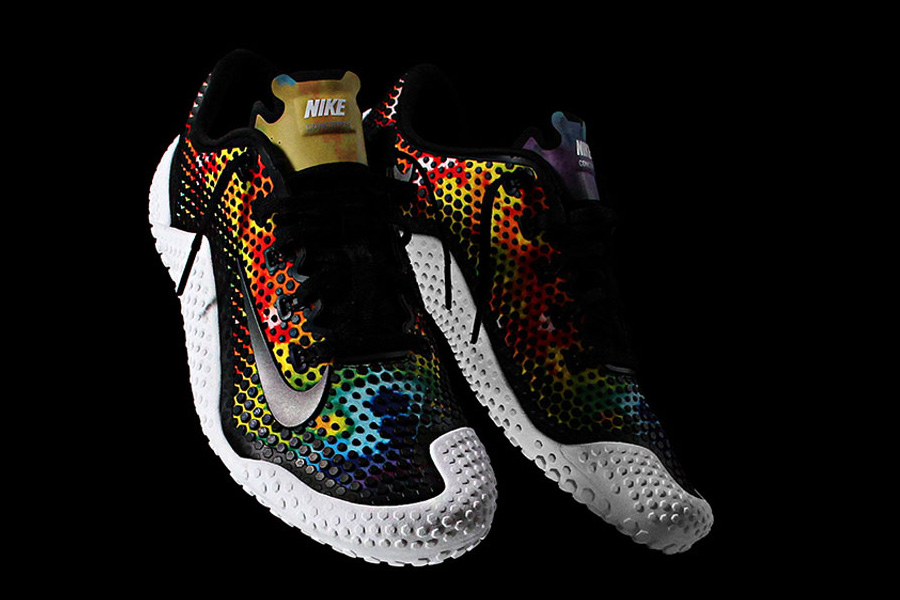 When it comes to tapping into the pulse of the culture and creating new flavors, what edge do you have as a physical store that can’t be found online?

Bringing customers into our retail spaces has been a blessing due to our locations being destination spots. People travel from everywhere as they aren’t exactly conventional locations, so naturally once there, they take the time to look around and engage with staff. This is one thing that brick and mortar will always retain an edge over online. The other is look and feel of material. There used to be an unspoken attachment to a garment or pair of sneakers. Some still learn to appreciate products the same way. Our staff enjoys it too even amidst the stress, aggravation and commotion of big launches– we love those days above all. 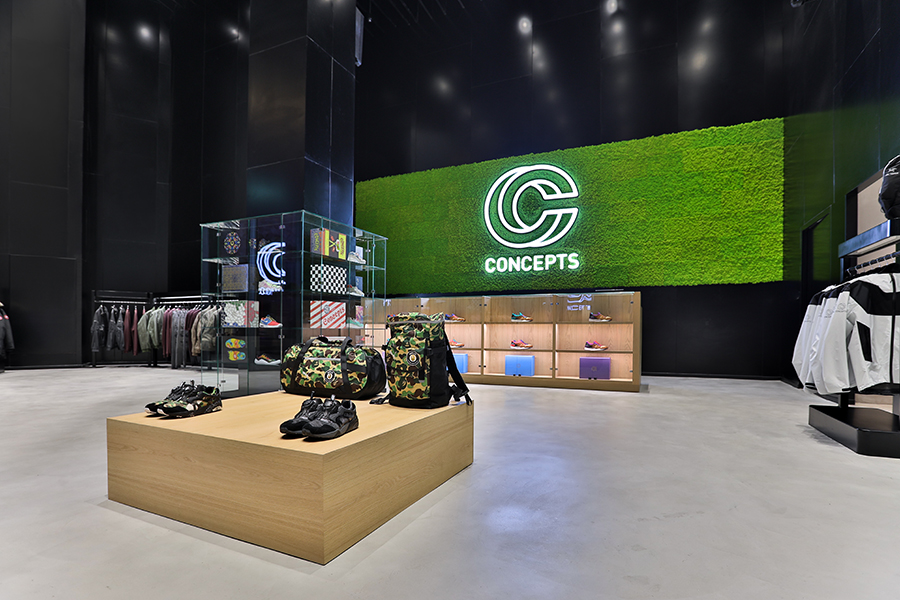 You just opened a store in Dubai, how did that come about and what kind of selection will you be offering customers out there?

Dubai was a natural progression of how we define Concepts. Concepts is and as always been “Luxury Sport” from product assortment to collaborations – that’s the underlying theme. Dubai is for intents and purposes as luxury as it gets. The selection of product deferred slightly from Boston as the designer brands already have a presence there so we focused on developing the sneaker culture instead. The customers are well-informed, I think they are just lacking product. Nike has worked with us to become the first Lab/TierZero account in the Middle East so we are very excited to partner with them.

That sounds like a major step after two decades in the business. Concepts started in the mid-1990s – an era that is getting more and more attention. Why are people nostalgic about that period?

If you look back at the ‘90s it was just such an exciting moment in time. Even between sports and music alone there is such a rich history. We had arguably the best NBA draft class of all time in ‘96 while that year spawned albums like Reasonable Doubt and It was Written. This was a time when creativity was at an all-time high so naturally today’s youth wants to pull from that as well. 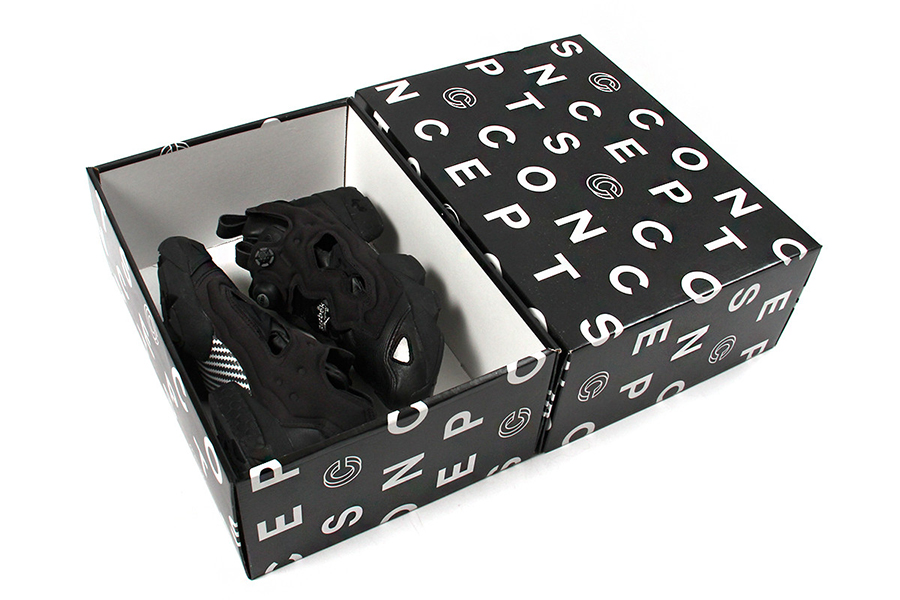 Finally, you are celebrating the 20th anniversary of CNCPTS this year, are there new initiatives to look forward to?

For us as major of a milestone as it is, we just wanted to scale back a bit. The market is saturated at the moment. Suffice it to say we have contributed to that in the past so best to recalibrate and create better product.

Words to the wise. Thanks for the interview and safe travels, Deon. 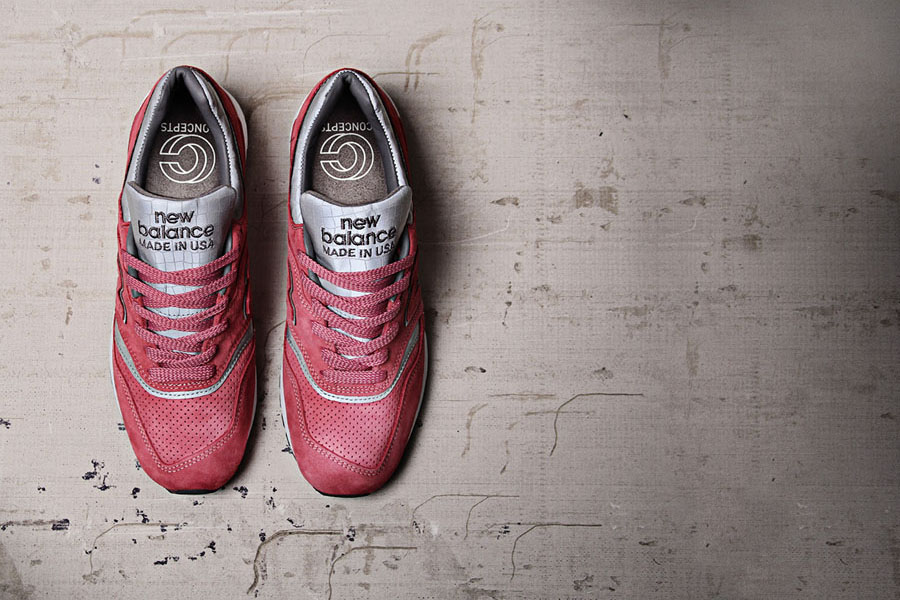 “It’s just a beautiful shoe. I can’t pull it off but when I see others wearing it, I can truly appreciate how that color comes to life. It was also the unveiling of our NYC location so it hits close to home for me.” 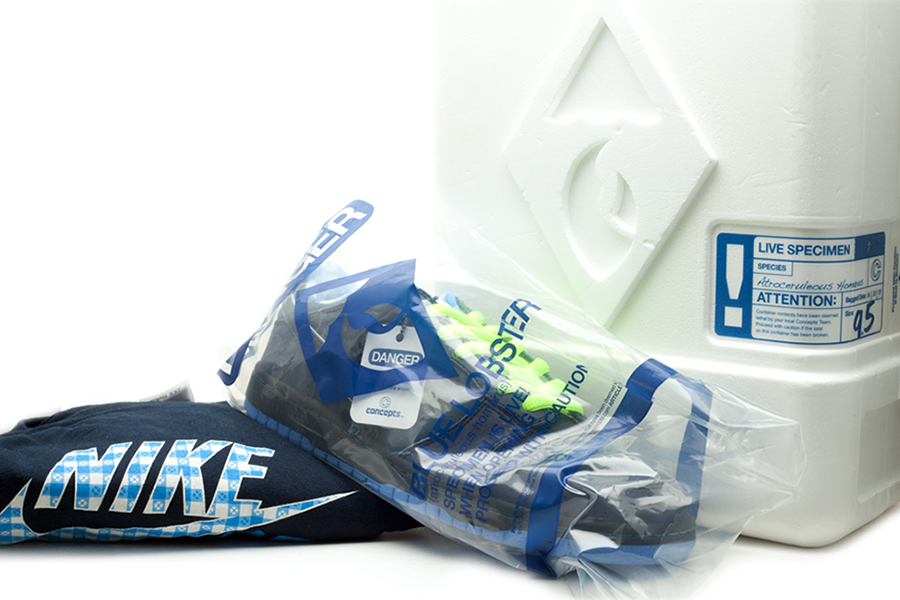 “This for me was just the most fun I’ve had working on a project. Also we crushed the sophomore jinx looming over our head from the Lobster.” 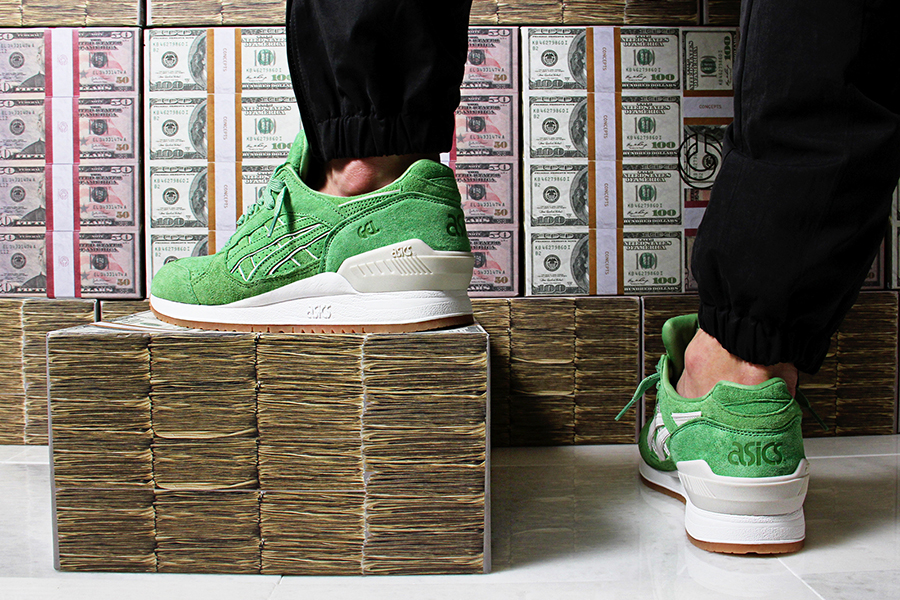 “I chose this one for a different reason. We have done some intricate build outs over time but I think this one was legendary with it being completely interactive. We became completely immersed in the inspiration of the shoes.”

The post Interview With Deon Point of CONCEPTS appeared first on Sneakers Magazine.