UPDATE: E! News has also learned that there’s an order of protection in place for this case. According to TMZ, the order states Jason must stay away from Bethenny’s home and place of business and have no communication with the reality star.

Bethenny Frankeland her ex are back to having problems.

Jason Hoppy, who was married to the Real Housewives of New York City reality star for two years, was arrested on Jan. 27 after he allegedly sent Frankel emails and text messages and showed up at their 6-year-old daughter Bryn‘s school, a court public information officer confirmed to E! News.

According to the complaint, Hoppy approached Frankel and boyfriend Dennis Shields at the school on Jan. 27 and repeatedly stated, “Okay I see. This is how you want to do this. Okay. You can play your game. It doesn’t matter. You can get 10 lawyers. There’s nothing you can do to stop me. You’ll be sorry. You’ve been warned. I can’t help it. She’s pure evil. You’ve been warned. Don’t say I didn’t warn you.”

Hoppy’s attorney Robert C. Gottlieb told Page Six, “There are no words to express how saddened Mr. Hoppy is over his ex-wife’s unjustified actions. His only concern is his daughter and intends to vigorously fight these false charges.” 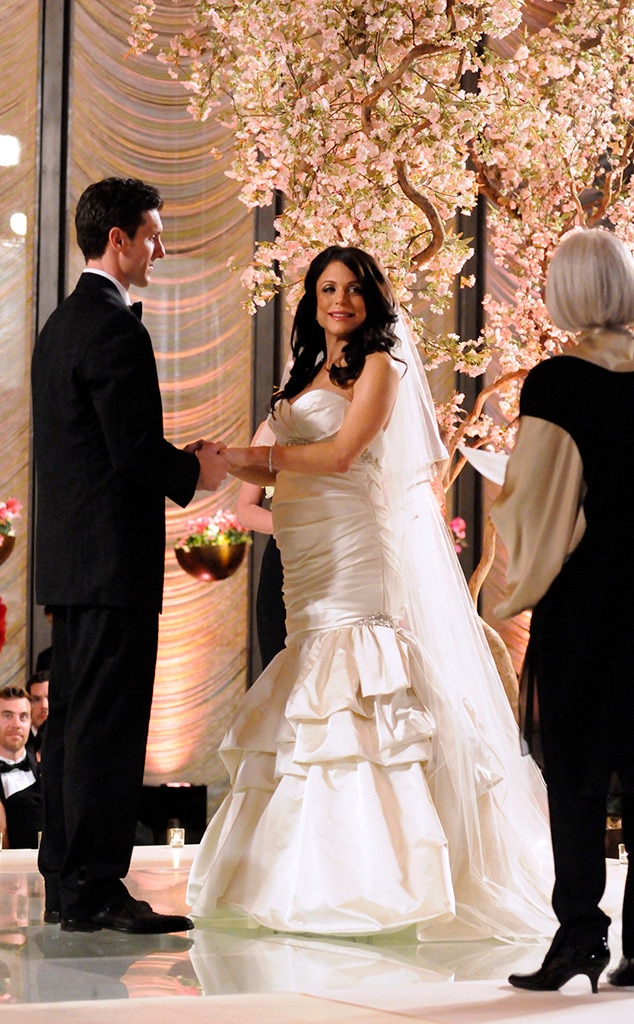 The former couple’s relationship has been rocky since they separated in 2012. Their divorce took nearly four years to finalize as they fought over alimony, child custody and Frankel’s New York City condo. By July 2016, Hoppy had moved out of the Tribeca home and a few weeks later, their attorneys confirmed the divorce was finished.

“I walked in and it just washed over me. I sobbed for hours,” the Bravo star said on her Sirius XM radio show, B Real with Bethenny. “It was like this release. And you always think things are going to be one way. I thought it was going to be, like, the biggest party ever. I’d be roller-skating through there with my top off, my tits hanging out, so excited—and there’s nothing good about any of it. It was all just remembering moving in there. It was a hideous experience, and I just didn’t know how to even process the feeling.”

This is not the first time Frankel has been allegedly flooded with emails from her ex-husband. According to the latest complaint, Frankel accused Hoppy of sending her over 160 emails and several text messages between November and January. She also told police he contacted her via text message and email between August and November, including one message that allegedly read, “I will continue to communicate with you as often as I see fit in hopes that you will stop regardless of any attorney you retain.”

According to the complaint, her attorney sent Hoppy a cease and desist letter on Nov. 22, 2016.

50 Cent’s Locked & Loaded: “When You See This, You Might Want To Talk To Your Higher Power”